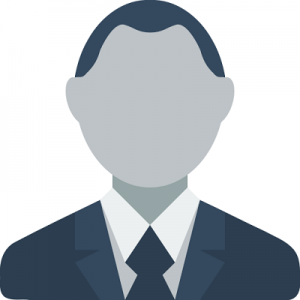 BRIEF PROFILE OF THE PERMANENT SECRETARY

Bitrus Bako Nabasu was born on the 18th February, 1962 in Amo Katako, Bassa Local Government Area of Plateau State.  He had his Primary and Secondary Education from 1969 – 1980.  From 1981 – 1985, he attended the Ahmadu Bello University Zaria, where he bagged a B.Sc (Hons) Degree in (Acturial Science). He also obtained Master of Business Administration (MBA) from the same University in 1994. He attended the prestigious National Institute of Policy and Strategic Studies, Kuru near Jos and was awarded the Member National Institute (mni) in November, 2016.

He started his career in the Public Service as an Administrative Officer II with the Plateau State Polytechnic, Barkin Ladi, on 7thMarch, 1988. In 1991, he transferred his services from the Plateau State Polytechnic to the Office of the Auditor General for the Federation as Auditor I. Mr. Nabasu worked in the Ministry of Federal Capital Territory as Resident Federal Auditor from 1994 – 1999. From 1999 – 2002 he was Resident Federal Auditor, Federal Ministry of Finance. He has been in the Office of the Auditor-General for the Federation from 2002 to date. On 1st January, 2014 Mr. Nabasu was promoted to the rank of Director.

As a Director, he served in the following Departments of the Office of the Auditor General for the Federation. Planning, Research and Documentation, Revenue and Economic Sector Audit Department. During the course of his career, he was involved in extracting the annual paragraphs from the Audit Reports of all Foreign Audit assignments from 2009 to 2016. He had also carried out audit of Ten (10) Foreign Missions, namely Germany, the Netherlands, United kingdom, United States of America, Republic of Ireland, India, Pakistan, Jordan, Malaysia and Indonesia. He also served in various Committees in the Office of the Auditor General for the Federation, as well as Board Member Representing that Office in various Institutions and Organizations.

As a committed Officer, he received a commendation letter from the Office of the Head of the Civil Service of the Federation and the Bureau of Public Service Reforms for successful completion of assessment of the level of implementation of the severance exercise in MDAs and Parastatals. He was also accorded several awards, which include Award and Recognition as Doyen of Peace by RATTAWU, Plateau State Chapter and Ambassador of Peace by RATTAWU North Central Zone. Mr. Nabasu undertakes community and social activities with the aim of fostering community cohesiveness and was the President of Plateau State Indigenes Development Association for Abuja and Environs from 2011 to 2017